Wolf tattoos are among the most popular in the world. There are several ways to represent the wolf’s strength and mysterious traits by permanent body art, and many cultures across the world have done so. The fact that wolves can express both a “leader of the pack” and a more down-to-earth attitude makes them one of the most common animals in body art.

Join us today to discuss wolf tattoo meanings and you will understand why do people love to have them!

The Symbolism Of Wolf Tattoos

Wolf symbolism and meaning includes loyalty, family and friendship, teamwork, protection, wildness, freedom, instincts, playfulness, and other noble traits. In addition, the wolf spirit animal is a sacred figure to many people who feel a kinship with these special animals.

The wolf is frequently regarded as a warrior figure in several tales and myths. One myth that lends credence to this notion is that many people think wolves are descendants of Genghis Khan, a legendary warrior. He built one of the world’s largest empires. His leadership characteristics are shared with the main traits of a wolf, namely warrior strength and community.

The wolf is often seen as a sign of vitality and brightness. The wolf has a great sense of vision in the dark. The wolf is associated with the strength of the sun. Apollo, the Greco-Roman sun god, for example, had a wolf totem.

In addition, the wolf was a guardian of secrets in ancient Eurasia. People used to think that if you revealed a wolf your secret, you would no longer bear the burden of that secret, but the wolf would guard that information for the rest of your life.

Native Americans have always held wolves in high regard for their excellent nature. The wolf is considered a totem of power and strength and a source of wisdom, and a spiritual guide. Wolves are also associated with families in Native American culture due to their exceptional parenting skills.

Regardless of any situation, the pack has always stuck together no matter what. They are also called communication symbols since they are very communicative. Every time a wolf howls at the moon, he can summon other members of his pack. He also expresses fear, anger, compassion, and affection through his body language.

The Mongolians think they are descended from the wolf and that the wolf is a sign of good fortune and fertility. 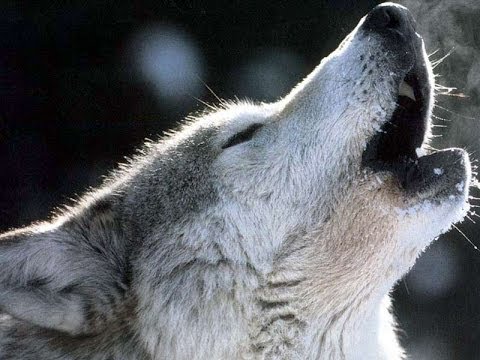 A howling wolf on the arm is an excellent choice in this type of body art. They not only look amazing, but they also spark your interest in the secrets that lurk in the pitch-black night.

Wolves howl to communicate with their group and mark their territory. Therefore, a howling wolf symbol indicates a strong relationship with family and loved ones, as well as a person who is always ready to stand up for everyone and speak his mind.

Tribal wolves are popular choices for both men and women. This design’s deep beliefs underlying the meanings and outstanding aesthetics cannot be ignored.

You can see the attraction with meanings like loyalty, love, family, honor, and wisdom. The tribal art style’s strong, black ink lines can make you stand out amongst your peers. In the tribal style, a howling or snarling wolf would be very striking. The more elements added to make the tribal wolf tattoo, the more unique it will be.

Lone wolves symbolize the strong urge to be independent and do things alone in life. In the wild, a lone wolf does not belong to a group. These wolves are often stronger and more deadly than pack wolves. People who have gone through life on their own, surviving and thriving by their talents, are more likely to get some ink of a lone wolf on their body.

Wolves are frequently connected with the moon due to the idea that they howl during the full moon. Moon and wolf designs create a beautiful dream image of the lone wolf’s beauty captured in the full moon’s light and signify night, darkness, mystery, and connecting with primordial impulses. Adding a few light purple colors to the moon might give it a mystical look.

The Celtic wolf image is a sign of protection, guidance, and change. Wolves were initially indigenous to Ireland. People think that some Celtic tribes are descendants of wolves, according to Celtic mythology. A Celtic wolf design combines a wolf’s picture with Celtic art’s trademark knots and twists.

These Geometric designs have been quite popular in recent years. The minimalist design is achieved by utilizing geometric forms, lines, and angles. Geometric forms, which are among history’s earliest symbols, also have hidden meanings. These special types of designs are one-of-a-kind and intriguing. They continue to reflect the characteristics of the wolf: protection, strength, wildness, freedom, and connection to nature.

This sort of body art design has the potential to be a statement piece and may be found on many different parts of the human body, including the arms and legs, the chest, and the back.

Choosing where to place the symbol of your wolf is critical for keeping it in excellent condition and for hiding or showing the significance of the wolf’s nature.

If you choose to keep it on a smaller size, the wolf tattoo might look great on the part of your arm, thigh, or calf.

The placement where you put that symbol of the wolf, whether on your arm, leg, or wrist, may reveal a lot about you and what you value in life!

A wolf tattoo on the forearm is an expression of power and ferocity. When you meet someone. Any symbol on the arm is clearly visible, especially if you wear short sleeves.

Choosing your arm for the wolf image is a beautiful way to show someone that you’re an intense person who, like a wolf, isn’t afraid to stand your ground.

The hand is a fantastic spot to put an image of the wolf if you want to make a statement while also being reminded of the wolf’s power and strength.

If you want your wolf tattoo to be on the smaller side, consider getting it on your hand.

A wolf works to frighten and protect, and having an image of the wolf on your hand reminds you every time you look at your hand that you’re linked to the wolf’s power and courage.

In contrast, you may have larger tattoo designs that will require more space to work with.

The wolf is the ideal icon of bravery, power, and intensity, all of which are characteristics of a genuine warrior. The chest serves as a blank canvas for you to express the narrative of your wolf bond.

An image of the wolf on your breast represents a warrior, a wolf that chases its prey, protects its group, and always triumphs. With the wolf proudly tattooed on your breast, everyone who comes into contact with you will be impressed by your strength and might.

Wolves are prowling creatures that stalk their prey and are recognized as among the world’s fiercest tracking animals.

A wolf tattoo on your shoulder provides ample space for a wolf to be inked in their ready, prowling stance, one that carefully analyzes the world around them and identifies any threats and dangers before approving them. It is an excellent choice for those who want to emphasize their waiting and watching attitude toward life.

Many celebrities influence us to acquire tattoos to express ourselves. Some of them got wolf tattoos to honor a loved one or remember their television and film roles.

Skylar Grey and her wolf tattoo

To conclude our article on wolf tattoo meaning, we would like to have a few words:

Wolf tattoos, like the animal, are genderless and eternal; therefore, this is your chance to express yourself. As a result, wolves are one of the most popular body art subjects in the world.

This tattoo is great for people who are self-sufficient and want to be in charge. It’s amazing how important a wolf tattoo can be, and it’s a fearsome tattoo for anybody looking to mark their body with a beautiful piece of art.

Finally, tattoos are essentially personal to you, and they allow you to express yourself creatively. So don’t hesitate to show people who you really are!

Let us know if you liked the post. That’s the only way we can improve.
Tweet Pin It WhatsApp

Born in the 60’s , vintage hoarder ,rock’n’rol l#badinfluencer. I am a cheerful, extravagant who enjoy life and travel. The proud owner of tattoo parlor Bang Bang in Sintra, Portugal.

You can find out more about which cookies we are using or switch them off in settings.

This website uses cookies so that we can provide you with the best user experience possible. Cookie information is stored in your browser and performs functions such as recognising you when you return to our website and helping our team to understand which sections of the website you find most interesting and useful.

Strictly Necessary Cookie should be enabled at all times so that we can save your preferences for cookie settings.

If you disable this cookie, we will not be able to save your preferences. This means that every time you visit this website you will need to enable or disable cookies again.